Rhyolite, Nev. -- Rhyolite is a ghost town in Nye County, located in the Bullfrog Hills, about 120 miles northwest of Las Vegas, near the eastern edge of Death Valley. The town began in early 1905 as one of several mining camps that sprang up after a prospecting discovery in the surrounding hills. During an ensuing gold rush, thousands of gold-seekers, developers, miners, and service providers flocked to the Bullfrog Mining District. Many settled in Rhyolite, which lay in a sheltered desert basin near the region's biggest producer, the Montgomery Shoshone Mine...Photo by David Calvert 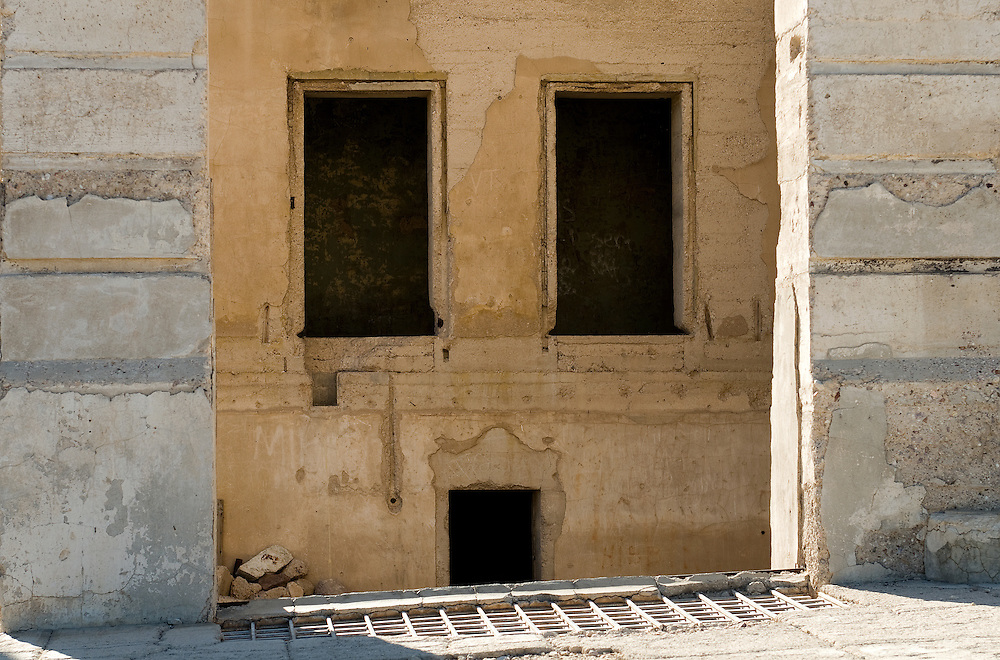